The amount of light available when the sun shines is about 10 orders of magnitude more than under starlight. Yet, humans are over time able to adapt to this enormous range of light. At any one time, the dynamic range of human vision is much smaller at about 4 orders of magnitude. Nonetheless, this is still 2 orders of magnitude (a factor of 100) more than current video, film and photo cameras can capture, and conventional monitors, televisions and projectors can display.

An important aspect of high dynamic range imaging is that of the display of such images on conventional display devices. In other words, there is a question of how to display images with a dynamic range much greater than 2 orders of magnitude on a display which can only distinguish about 100 useable levels. Algorithms that solve this problem are commonly known as tone reproduction operators. They scale the image to be within the display range, and additionally aim to preserve the visual quality of the image so that the resulting image looks natural, as shown in Figure 1. Tone re- production is certainly successful in that sense. Nonetheless, tone reproduction algorithms tend to negelect aspects of human vision, in particular human colour vision, which means that the results are not quite as natural as they could be.

Human colour vision involves similar adaptive processes as mentioned above, albeit affecting the perception of colour. For instance, if we view a scene under coloured illumination we would to a certain extent ignore the colour of the illuminant to the extent that surfaces in the scene that have a white reflectance would indeed appear white. In addition, the colourfulness of a scene depends strongly on the strength of illumination. If we had a dimmer switch connected to a light source and slowly increase the amount of light emitted, colours in the scene would increase in colourfulness. In general, the study of how coloured patches are perceived under specific illumination falls under colour appearance modeling. 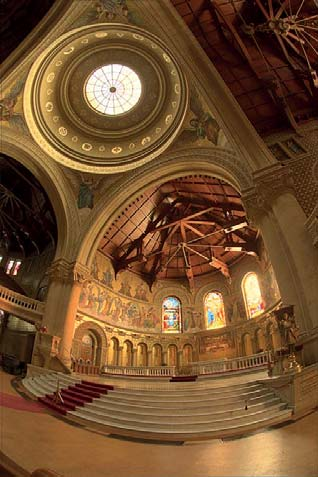 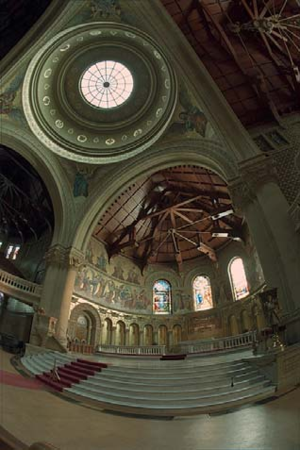 This has significant implications for tone reproduction that are often ignored. In particular, if we reduce the dynamic range of an HDR image, we should also reduce the encoded colourfulness of the image to match what would happen in reality if we turned down our dimmer switch. Additionally, if the image was captured under a specific colour of illumination, and it is displayed on a monitor that is located in a room with different illumination, we would have to apply a correction to the image.

The goal of this project is to combine colour appearance effects into tone reproduction, effectively unifying parts of high dynamic range imaging with colour appearance modeling. Our algorithm carefully models all relevant aspects of human colour vision, and as a result is capable of producing images that are perceptually correct as measured against several existing psychophysical datasets and shown in Figure 2.